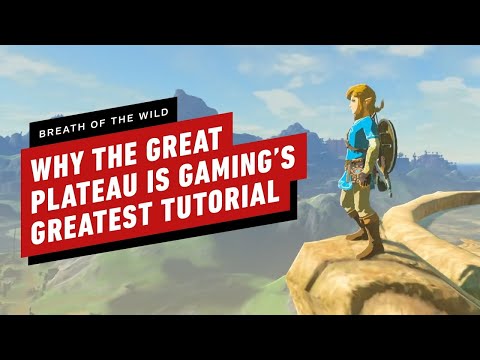 The goal for The Legend of Zelda: Breath of the Wild was to break the conventions of the Zelda series, and so the opening section on The Great Plateau – a raised landmass representing a microcosm of Hyrule – was cleverly designed to showcase just how different this game is from what has come before.

On The Great Plateau players learn to fight, forage, cook, use their new Sheikah powers and think laterally, discovering that Breath of the Wild is defined by its emergent gameplay. The Great Plateau cleverly sets players up for success in the game’s sprawling open world, and in this Art of the Level, we explore how Nintendo’s designers achieved this impressive feat.

BROS VS PRO – Therm, Seanie and Z vs TheHaboo – Race to Get a Duck Egg

Acerthorn: Serial DMCA Abuse Controversy | attacking over one dozen channels including my own

Do NOT Play With Her! | Fun Times With Ayumi (Scary Game)