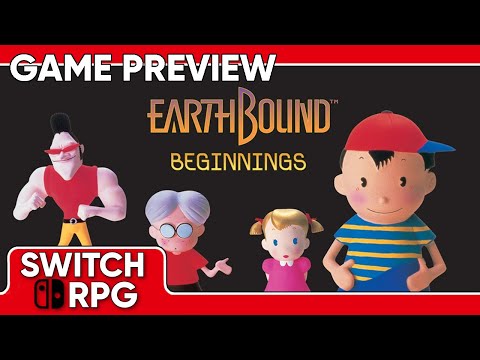 This game is part of Nintendo Switch Online.

The Year is 198X. As Ninten, a young boy from Podunk with psychic powers, you must locate the eight melodies to aid the Queen of Magicant. Armed with your trusty baseball bat, you’ll fight crazed hippies, zombies… and the occasional Magic Snail? Find out what’s causing these strange phenomena in the first-ever US release of the EarthBound Beginnings game!

Robots are everywhere, and Ninten can’t beat them alone. You’ll have to team up with a colorful cast of unexpected characters—including Lloyd, Ana, and Teddy—to win intense battles with psychic attacks. PK Fire! PK Thunder! PK Freeze! Sound familiar? Well, Ninten isn’t the only one with psychic powers—his companion Ana also uses offensive PSI attacks to help out in battle. But that’s just the beginning of your epic team-ups. On Ninten’s journey between Magicant and Earth, you’ll join forces with the Flying Men too! Have a blast exploring an abandoned zoo, saving the world, and more!

Go to https://www.switchrpg.com for all things RPG on Nintendo Switch.

Behind the Frame: The Finest Scenery – He and His Cat 🏆 Trophy / Achievement Guide (Chapter J)

Behind the Frame: The Finest Scenery – He and His Cat 🏆 Trophy / Achievement Guide (Chapter J)