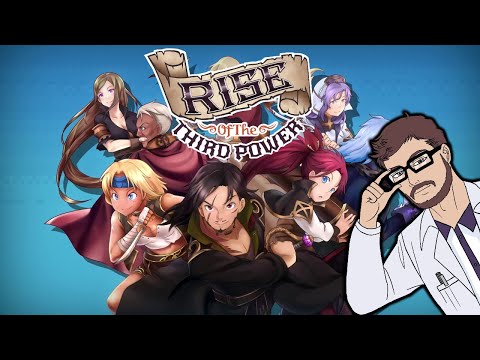 Rise Of The Third Power is a 16-bit era, Japanese-style roleplaying game set during the Age of Sail in another world on the brink of war.

“Twenty years ago, the greatest war in human history rocked the three kingdoms of Rin and their allies. As the world lay broken, blame was laid at the feet of Arkadya. Too much was asked, and the government collapsed. From the ashes arose Emperor Noraskov, who seeks to restore the former glory of Arkadya at any cost…”

INTRIGUE
Rise of the Third Power is set in a world filled with politics, treachery and betrayal. In the unstable aftermath of the Great War, the victors have retreated back to their homes to lick their wounds. From the defeated, they have demanded an a debt that no one could never hope to repay. Bitterness dominates the politics of defeated Arkadya, and the treaty that ended the war grows weaker by the day.

BETRAYAL
While the world braces itself for a reprise of the Great War, the story focuses on the people who are, against all odds, attempting to stop it. But the stakes are high, and there are many people with an interest in how this story unfolds. A wise player keeps her cards close to her chest. She knows that no one can be trusted and everyone plays to win.

TACTICS
There are many ways to approach combat, with 8 playable characters who assume distinct roles rounding out the fight. Form your party at the start of battle to take advantage of enemy weaknesses, and swap combatants mid-fight as needed. Find weapons, craft gear, use daggers, pistols and magic spells to claw your way to victory against cunning enemies with unique battle mechanics.

EPIC STORY
Travel to the far corners of the realm of Rin, where treasure and danger lurk in the dark. Face human foes, with more motivation than merely hunger or a lust for gold. Every villain, of every hero in Rise of the Third Power has his or her own motivations for what they do. The lines between good and evil blur as the great powers of the world prepare for a second great struggle for dominance. They say the Great War never ended. Its true conclusion may decide who rules for the next thousand years.

I Became A God And CREATED Humanity in The Universim

I CHEATED in Five Nights at Freddy's Security Breach

I Became A God And CREATED Humanity in The Universim

I CHEATED in Five Nights at Freddy's Security Breach