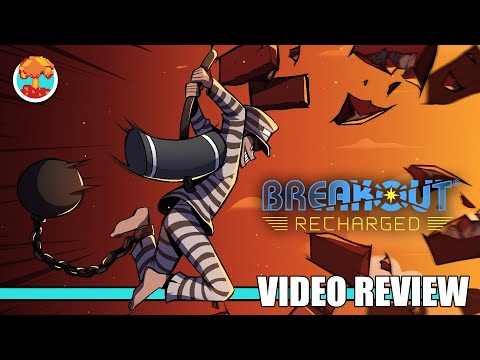 Breakout is another great entry in Atari’s Recharged franchise. By sticking to the original formula, this reimagined classic makes a strong case for why the 1976 arcade hit was so beloved back in its day. This Recharged version features some of the best challenge stages of the entire series, as well as a new-and-improved arcade mode with a lot of the options critics have been asking for. It’s not perfect and the widescreen playfield changes the dynamics in some frustrating ways, but Breakout: Recharged is a big step in the right direction. If this is how we’re going to start 2022, then I can’t wait to see what Atari has in store for us next.

NOTE: Defunct Games received a digital code from the developer/publisher of this game for review purposes. For more information about the Defunct Games review policy visit www.defunctgames.com