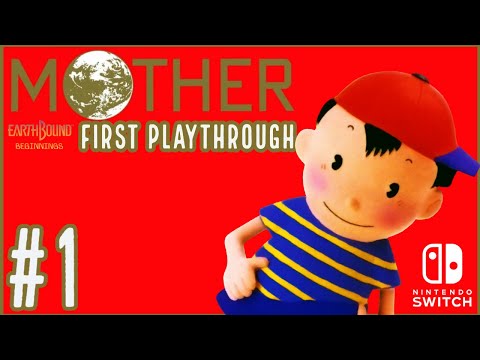 Find me on social media! @aNerdySalesman

From the Earthbound Fandom Wiki:
“EarthBound Beginnings (Japanese: マザー Mother) is the first installment in the Mother series. It was developed by Ape Inc., Nintendo Tokyo R&D Products, and Pax Softnica, and was published by Nintendo for the Famicom on July 27, 1989.

For its Japanese release, the game was known by the title, “Mother”. It was designed and directed by Shigesato Itoi and produced by Shigeru Miyamoto, with music by Keiichi Suzuki and Hirokazu Tanaka.

In 1990, EarthBound Beginnings was fully translated by Nintendo of America and slated for a 1991 release outside of Japan as “EARTH BOUND”.

However, due to marketing issues, financial issues, and the approaching release of the SNES, the game was not released in other territories. It took many more years for the game to be released overseas.

In Japan, the game was re-released on the Game Boy Advance in a compilation with its sequel, Mother 2 (“EarthBound”) as Mother 1 + 2.

On June 14, 2015, 25 years after being released in Japan, Earthbound Beginnings was released in North America and Europe for the first time on the Wii U Virtual Console. It was later announced via Nintendo Direct on February 9, 2022, that EarthBound Beginnings would be released on the Nintendo Entertainment System app produced by Nintendo Switch Online.

Itoi stated that the reason for the release was because of the fanbase’s dedication. EarthBound Beginnings is a release of the original, unreleased NES translation, and contains all of its changes from the original releases, a trait shared with Mother 1 + 2.”

how is that the actual answer the game put #Shorts

how is that the actual answer the game put #Shorts