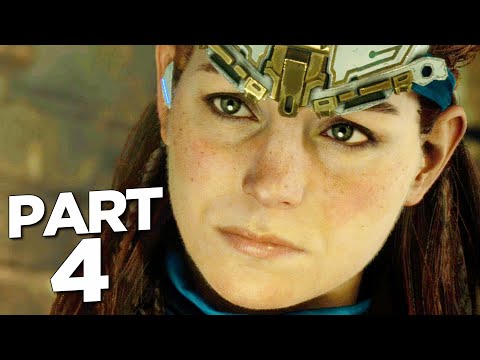 Horizon Forbidden West is an action role-playing video game developed by Guerrilla Games and published by Sony Interactive Entertainment for the PlayStation 4 and PlayStation 5. Set to release on February 18, 2022. A sequel to 2017’s Horizon Zero Dawn, it features an open world in a post-apocalyptic western United States. Players must travel and complete missions with survival skills and both melee and long-distance weapons in a world overrun by machines creatures.

Horizon Forbidden West continues the story of Aloy, a young huntress of the Nora tribe sent on a quest to the arcane frontier known as the Forbidden West to find the source of a mysterious plague that kills all it infects. On her journey across these uncharted lands, Aloy encounters hostile regions ravaged by massive storms and occupied by dangerous enemies and deadly machines. She also discovers a vast array of environments and ecosystems, including lush valleys, dry deserts, snowy mountains, tropical beaches and ruined cities, both above and below the water.

The PlayStation 5 version of the game will take advantage of the console’s increased processing power, custom solid state drive storage, Tempest Engine and DualSense controller to support features such as advanced haptic feedback, 3D spatial audio and reduced loading times. The game will also feature an updated version of the Decima engine.

Horizon Forbidden West PS5 – Part 1 – THIS GAME IS A MASTERPIECE