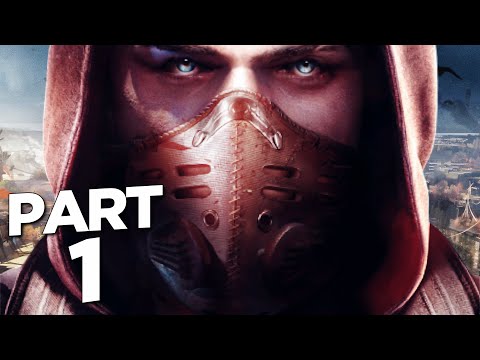 Dying Light 2 Stay Human is an action role-playing game developed and published by Techland. The sequel to 2015’s Dying Light, the game is available on February 4, 2022, for Microsoft Windows, Nintendo Switch, PlayStation 4, PlayStation 5, Xbox One, and Xbox Series X/S.

Dying Light 2 is a first-person zombie apocalypse-themed action role-playing game. The game stars a new protagonist named Aiden Caldwell, who is equipped with various parkour skills. Players can perform actions such as climbing ledges, leaping off from edges, and wall running to quickly navigate the city. Tools such as a grappling hook and a paraglider also aid transversal in the city. Aiden can also use the undead to break his fall. The game is mostly melee-based with the majority of fighting using melee weapons. The melee weapons have a limited lifespan and will be degraded and eventually broken if the player uses them for combat for a long time. Aidan can also utilize superhuman skills due to the infection. Like the first game, the zombies are slow when expose to sunlight, but they become significantly more aggressive and hostile at night.

The game is set in The City, a massive urban open world which players can explore freely. The map, which is four times bigger than the original game, is broken into seven distinct regions and each has its own landmarks and locations. When exploring the city, players can scavenge different scraps and resources for crafting new items and weapons. In the game, players meet different factions and settlements and have to make different decisions that would fundamentally change the state of the game’s world and how non-playable characters view Aidan. The consequences are far-reaching, with the player being able to bring prosperity to a faction while completely destroying another settlement. Making certain decisions will also open up or seal-off areas in the city, encouraging players to complete multiple playthroughs. Like its predecessor, the game features four-player cooperative multiplayer.