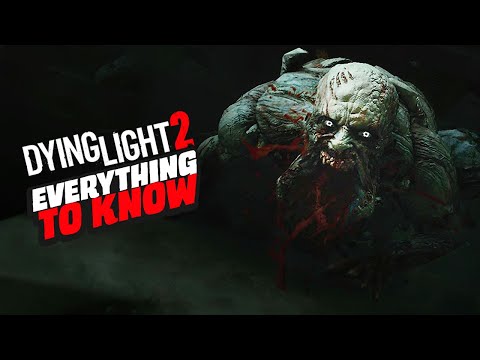 Following multiple delays, Dying Light 2: Stay Human is finally releasing on a console, or PC, near you. And to prepare you for all the zombie killing parkour action that the game has to offer, we’ve rounded up a bunch of things you need to know.

Dying Light 2: Stay Human is a first-person open-world action game set 20 years after the events of the first Dying Light. In the game you are no longer Kyle Crane, instead you play as Aiden Caldwell, a member of the Pilgrims; a group of freelance runners who travel around the world handling various odd jobs for people while risking their lives among the hordes of infected.

Dying Light 2: Stay Human is set to release on February 4, 2022 for PC, PlayStation 5, PS4, Xbox Series X|S and Xbox One. The game will also be available for Nintendo Switch via cloud streaming, however it was delayed on January 19 and is now currently slated to arrive sometime within six months of February 4th.