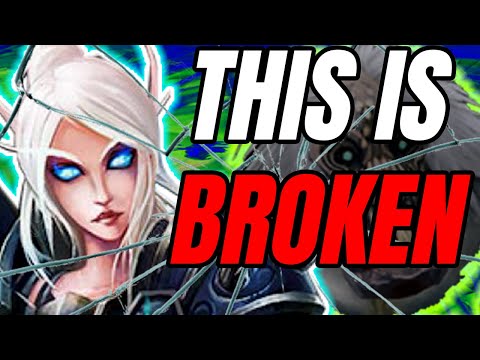 Was Death Knight in WOTLK a good class to play? Should you make one? Lets Find Out
Twitch 👉 https://www.twitch.tv/toyhouze
SUB ON YOUTUBE 👉 https://goo.gl/vfnWbv
Click 👇

Evil unholy plate-wearing warriors of death and disease who command the dead, spread pestilence and plague, debilitate their enemies and cleave down multiple foes in melee range. If you’ve ever wanted a necromancer class in WoW, this is as close as you can get

Death knights are a powerful new type of class – a HERO class, starting at level 55 and dealing not only physical damage but also shadow and frost. They also have self-enhancing spells like anti-magic shell, horn of winter, bone shield, and many more that make them a terror to spellcasters and plate-wearing classes alike.

Death knights are also DEATHLY powerful in both PvE and PvP. With the ability to be a top tier tank as Blood specialization which focuses on increasing survivability through lots of self-healing and damage mitigation talents. Unholy focuses more on improving your diseases and summons, allowing you to permanently control your ghoul, improve your army of the dead and even summon an undead gargoyle to rain terror from above. Frost specialization introduces dual wielding talents, and powerful damage dealing talents like howling blast which is a powerful AOE ability. In PvP there are plenty of strong arena teams death knights can join. For 3v3 teams like TSG which is Paladin Warrior Death Knight have been known to steamroll other comps, especially when both warrior and death knight have Bryntroll the OP lifesteal 2 handed axe that on equip grants instant-gladiator.

Death knights can also equip the new LEGENDARY in Wrath of the Lich King called Shadowmourne, the relative of frostmourne, the lich king’s blade.

One unique trait about Death Knights is that doing your starting series of quests gets you a full set of rares which looks amazing. The gear is good enough that when you head to outland to start leveling it doesn’t get replaced for some time.

When it comes using abilities, Death knights operate off two resource systems, runic power which is like rage, generated through attacks and slowly decaying outside of combat and used for abilities like frost strike, summon gargoyle or death coil.

The other resource is six runes – 2 blood runes, two unholy runes and 2 frost runes. After being used they go on cooldown and will come back automatically after some time. Abilities can sometimes require multiple runes to be used, so knowing which abilities to use when can be important so that you aren’t stuck not able to use the abilities you want. There are many abilities that grant you flexibility with your runes like blood tap which converts a blood rune into a DEATH RUNE. These death runes can be used as a blood, frost, or unholy rune. Throughout each of the three talent trees there are talents which cause your runes to convert to death runes. Talents like reaping which causes blood strike and pestilence to convert the blood rune to a death rune, or Blood of the North, which does the same thing, but is found in the frost tree. The blood tree one is actually a little different though, called Death Rune Mastery which causes death strike or obliterate to cause your frost and unholy runes to become death runes. These talents can be very helpful making your playstyle more flexible.
Speaking of playstyle, Death knights are actually similar to warlocks in that they have damage over times that they want to keep up on their target at all times. But instead of curses and magic effects, these dots are diseases and are even more important than warlock dots because they empower the death knights strikes greatly. For example, scourge strike will do an additional 12% of the physical damage done from the attack as shadow damage for each of your diseases on your target.

Whose your role model

Whose your role model